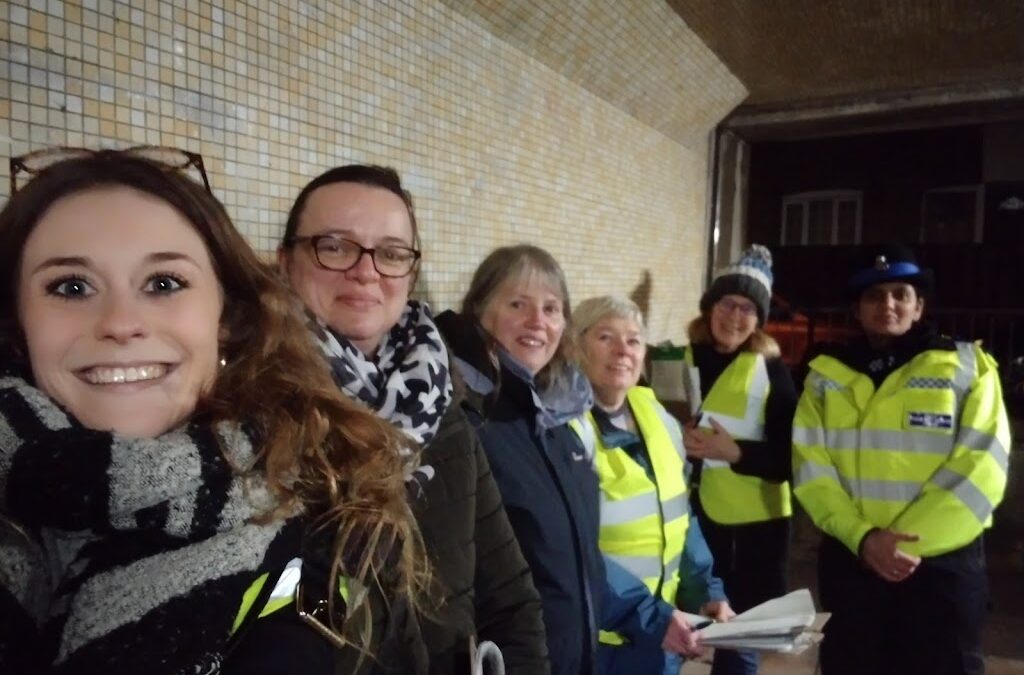 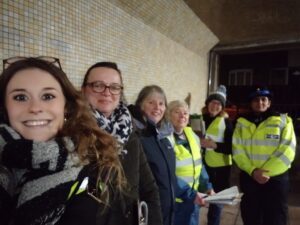 The first two in a series of night-time street audits took place on 16 and 17 March. This is one of the activities identified in the action plan from our Women’s Safety Conference in November. Members of Safer and Supportive Salisbury and members of Salisbury Soroptimists  were joined by members of the public, city and county officials and City Councillors Chris Stanway and Paul Sample.

Accompanied by a PCSO, members of the group walked the city streets checking on the perceived night-time safety of Salisbury’s streets and open spaces. The audit looked at street lighting, CCTV coverage, graffiti, underpasses, open spaces and car parks.

As a result, issues identified in the audits have been immediately logged with Wiltshire Council; so far comprising some 27 reports of streetlights not working and one report of graffiti. A report is being prepared on all the issues the groups identified, which will be passed to the Salisbury Women’s Safety Initiative Steering Group once all the audits are complete. 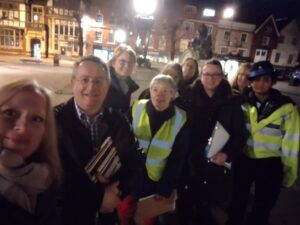