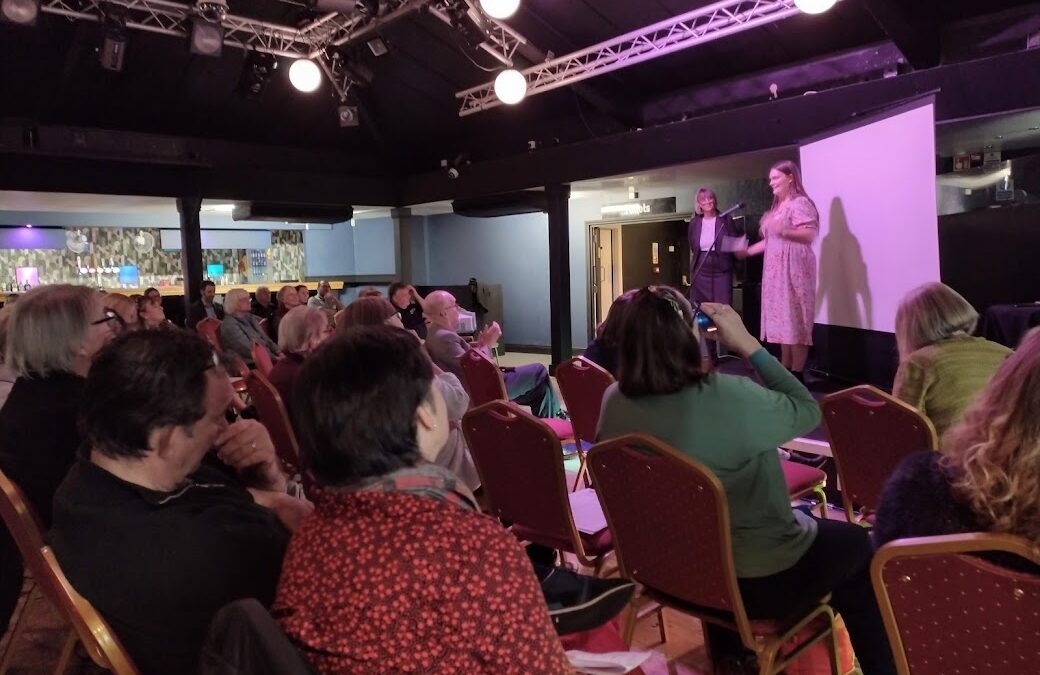 Some 80 people gathered at The Chapel in Salisbury on Thursday 18 November for a community conference run jointly by Safer and Supportive Salisbury and Soroptimist International of Salisbury. The event invited the attendees to consider and discuss how we can make our city safer for women and girls – and by so doing, make it safer for everyone. 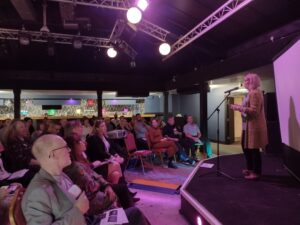 In her introductory remarks SI Salisbury President Eleanor said: “For those of us who have been organising the event, we have always been interested in women’s issues and in safety. So when there was national outpouring of concerns about women’s safety back in March, triggered by the terrible murder of Sarah Everard, we decided we wanted to make this a moment that mattered and to use it to inspire change in Salisbury.”

She went on to say: “So the aim of the event today, is to create an action plan that we can all take forward and commit to together.   We want to focus on specific ideas and actions which we can make happen in the next 6-12 months.   Whilst we want to encourage discussion today, we are also very keen that we finish the day with a clear sense of what we want to do next and how we are going to make it happen.”

“We have advertised this as a ‘community conference’ and it is really important that our community is given a voice today.   We also hope that those with influence and financial resources locally will take this opportunity to really listen to what is being said today, and to consider actively what role they can play in helping to making change happen.” 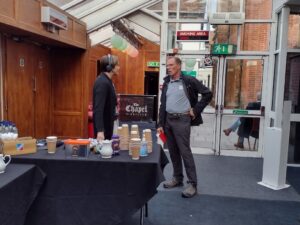 After hearing from individuals across the city about initiatives that are already happening to protect and support people and to change attitudes to violence against women and girls, participants heard from experts from other parts of the country about other possible initiatives we could consider introducing to Salisbury.  Local experts were: Richard Goodman our local CCTV manager, Brian Percey of the Salisbury Street Pastors, Dave Hancock of Pubwatch, Kerry Badger of SP2, Rachel Wetton of Splitz and Victoria Kelly and Catherine Herve of the Riverside Sanctuary run by Alabaré. External to the city of Salisbury we heard from Chris Green founder of the White Ribbon Campaign, Helen Stevens from Stars who are based in Dorset and local Councillor Victoria Charleston who is  Strategy and Development Manager at the Alice Ruggles Trust. 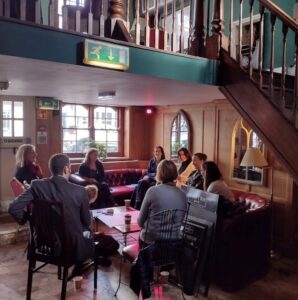 The participants then split into workshop groups on the following topics areas: 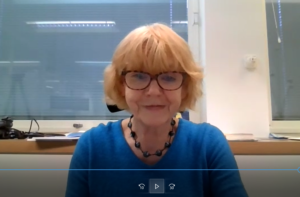 Dame Vera Baird QC, Victims Commissioner spoke at the conference via Zoom. She described how much change is needed to policing, to the criminal justice system and to attitudes to make our country a safer place for women and girls.

In the feedback session which followed, many excellent ideas were presented by the workshop groups. 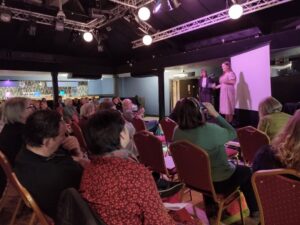 In her closing remarks SaSS Chair Anne Trevett thanked everyone for taking part and thanked The Chapel for hosting the conference so professionally. She thanked Salisbury Soroptimists for partnering in the planning and delivery of the day’s events. Now there is work for both organisations and those who volunteered on the day, in delivering the action plan that was developed.

The event was organised jointly by Safer and Supportive Salisbury and SI Salisbury. It has the support of many local organisations including Pubwatch, Street Pastors, CCTV team, Salisbury City Council, Wiltshire & Swindon Community Foundation and others.