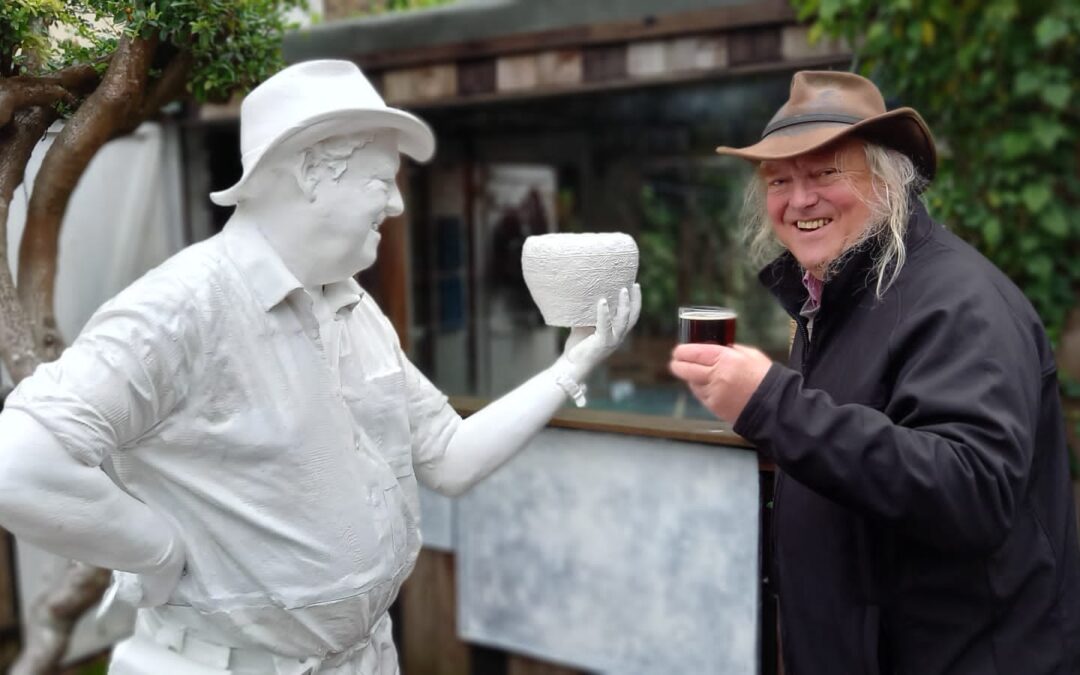 The first of Salisbury’s Hidden Figures – a life size sculpture of local archaeologist and TV celebrity Phil Harding- has taken its place in Salisbury Museum. .

Speaking of the project, Safer and Supportive Salisbury Chair Anne Trevett said: “This project is a true community engagement effort. The original inspiration was a figure of Anthony Durman’s daughter Alethea that can still be seen in a garden off Fisherton Street. Local resident Mrs Hawtrey watched from her window as visitors to the City took selfies in front of the figures from the bridge and asked whether such figures could not pop up all over the City. Led by Anthony and supported by Safer and Supportive Salisbury we are thrilled that Phil agreed to be our first figure and that so many people have been involved in creating his likeness. Thank you too to the Museum for giving him a home.”

Hidden Figures is a community arts project aiming to bring joy and creativity to the streets of Salisbury and is the brainchild of local artist Anthony Durman. A total of nine life size figures of real living people are being nominated by local people and organisations. When complete these sculptures will form a trail, placed in hidden, out of the way, unexpected and secure corners of the city

Will Foster, 3D artist at Wessex Archaeology first scanned Phil with a handheld scanner. You can view the process here.

The data gathered was ‘sliced’ by local school student Luke Liang  (left) of Bishop Wordsworth’s School and his life size figure was then printed using recycled plastic over many hours on a community owned 3D printer by Adrian Lucas of John Hanson School, Andover. 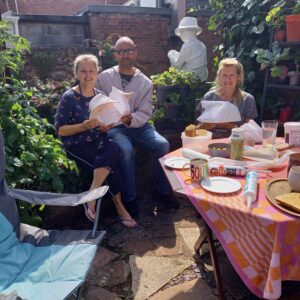 Speaking of his involvement in the process, Phil Harding said: “This is very much a bit of fun; it’s an archaeologist who is happy in his work. I’m pleased as punch to be the first figure, but I truly look forward to seeing more figures, which will make it what it strives to be, a bigger community project full of interesting people with diverse skills. The total ‘body scan’ was certainly a new and unique experience, but does it have to stress features of too much real ale!”

This inspirational project was first funded by a Salisbury City Council grant and subsequently with funding from Wiltshire Council’s Area Board as well as private donations and is overseen by a Safer and Supportive Salisbury project team. The next person to be portrayed has already been identified and work is starting to create Figure Number 2.

Salisbury Museum is open 7-days a week from 10am to 5pm – admission charges apply and pre-booking is not required.