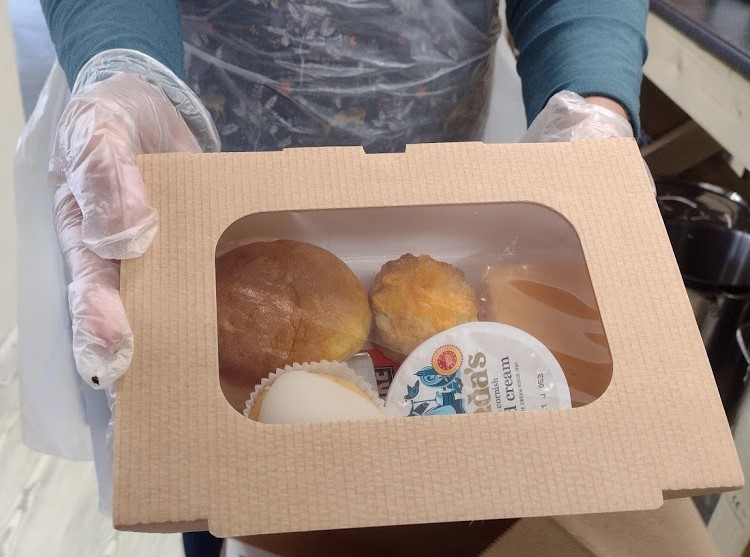 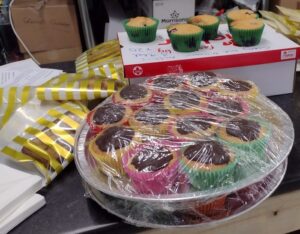 are alone, shielding or isolating in Salisbury on the weekend of 10-11April.

Sweet and savoury goodies were baked, donated and delivered to the Pantry Partnership in Victoria Park. Irene Kohler and her helpers packaged up the afternoon tea treats which were delivered by volunteers to nominated individuals all over the city.

Irene said that she received a phone call from someone who had been nominated to receive a Silver Salisbury tea last October. The caller said: ‘It gave me so much pleasure I wanted to pass it on and would like to nominate a former work colleague who also lives alone and has been isolating these long months so that she too can share in the pleasure.”

Thanks to all who donated baked items, all who helped with the packing and delivery and of course thanks to Irene our Older People’s Champion for masterminding it. 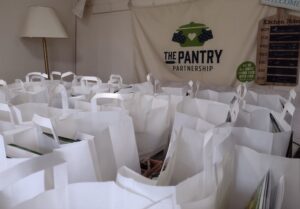 Just some of the 400 bags ready to go 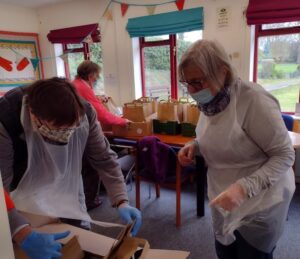