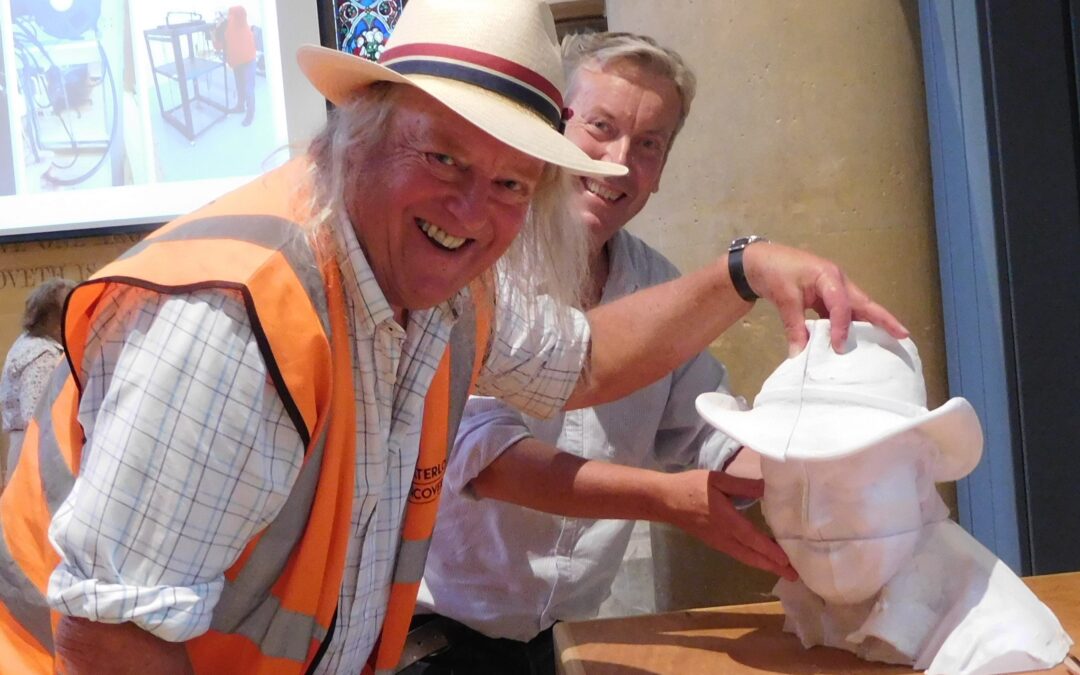 Anthony Durman, the local artist at the heart of the Hidden Figures project brought us up to date with the progress of the community art initiative at a recent small gathering. Local celebrity Phil Harding had consented to be the first figure in the project and then the task was to scan his body image and print a 3D model as the first Hidden Figure. The start up funding from Salisbury City Council, the Salisbury Area Board of Wiltshire Council and several private donations have enabled the artistic team with a little help from ‘friends’ to achieve some of their early goals. 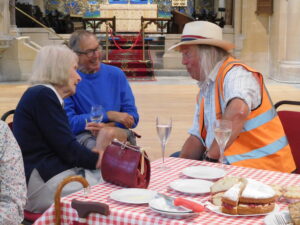 Wessex Archaeology stepped in to help by scanning Phil, who reported that the process was fairly complicated, and lots of scans were made of different parts of his body. “I don’t know what he did,” Phil recounted, ” but Will gave Anthony a scan of me which was then e mailed!”

The file then had to be ‘sliced’ into sections to allow the 3D printer to make the model. In stepped Luke – an A level student at Bishop Wordsworth’s School – who used his computer skills to convert the file so it was suitable for 3D printing. 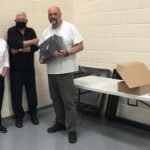 In the end the figure had to be printed as 14 different body parts and then assembled into one complete ‘Phil’. The original plan was that the figures would be printed by a commercial studio, but with a total of 9 figures planned, it quickly became clear that a more cost effective solution was required. A suitable printer that could do the work for the project was sourced by Anthony in Sweden and ordered by Anne Trevett. What was not anticipated was the length of time it would take to arrive! With issues over post Brexit paperwork in the middle of a pandemic, the equipment took some 3 months to reach Salisbury.

The printer was initially sited at Wessex Community Action in Churchfields but as both Adrian Lucas, the technician who magically assembled the printer and Anthony were working at John Hanson School Andover it made sense to site it there. The school head kindly gave permission and work began in earnest. 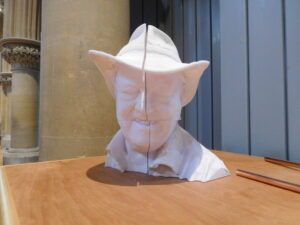 Salisbury Men’s Shed agreed to help by producing a beautiful base for the first figure. Suzi offered her support in assembling the pieces of ‘Phil.’ Now we just have to put him together!

The next steps for the project are to consider the hard work done by Sue Martin in gathering the results of local consultation to agree on who should be celebrated in figures 2 and 3.

Truly a community effort – thanks to all those named above and everyone else involved for their contribution, it wouldn’t have happened without your support! 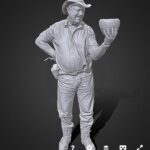 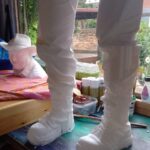 Whose legs are these? 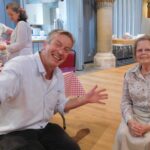 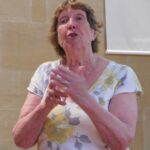 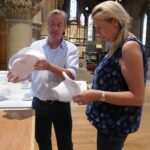